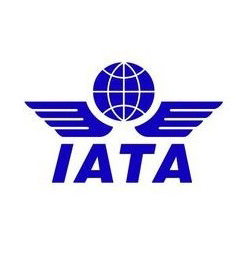 Today's mobile phones, laptops, camcorders, remote control toys and other rechargeable lithium batteries have been very popular electronic products, so the demand for lithium battery cargo transport growing. The following are the same as the "

Section 3, Section 38.3 of the United Nations Handbook on the Transport of Hazardous Goods and Standards Manual, is the commonly accepted UN38.3 certification, which is a United Nations regulations specifically developed for the transport of dangerous goods requiring lithium batteries to pass through height Simulation, high and low temperature cycle, vibration test, impact test, 55 ℃ ring temperature short circuit test, impact test, overcharge and forced discharge test. UN38.3 applies to air transport process and daily use of storage and other processes. The following are the same as the "

1, height simulation test
1.1 Test conditions. In order to simulate the transportation under low pressure (high altitude), all samples to be tested are required to be stored for more than 6 hours under the negative temperature of 20 ± 5 ℃ and atmospheric pressure ≤11.6kPa. The vacuum drying box can be used as follows:
1.2 basis for judging. After the completion of the test requirements of the battery without weight loss, no leakage, exhaust, disintegration, combustion, explosion, damage and other phenomena, open circuit voltage is not less than 90% of the pre-test voltage. The following are the same as the "

3, vibration test
To simulate the vibration generated during transport, the measured sample is fastened to the plane of the shaking table with a rope or tape. The sine wave is used to set the frequency between 7 and 200Hz. The logarithmic sweep time is 15min. The direction of the three-dimensional direction of the 12 times the vibration, the total time of 3h. The test is based on the same 3.1.2.

4, the impact test
To simulate possible impacts during transport, the test specimen is fastened to the test device with a hard stand, which supports all mounting surfaces of the test specimen. Using the half sine wave impact, set the maximum acceleration 150gn, pulse time 6ms, in the installation of the three-dimensional direction, positive and negative impact of the three times, a total of 18 times the impact. If it is a large battery or large battery pack, then the maximum acceleration 50gn, pulse time 11ms half sine wave impact. The test is based on the same 3.1.2.

5, external short circuit test
Will be connected with the thermocouple of the measured sample in the case of full charge placed in the electric blast oven, the red line clip connected to the battery cathode, black clip clip the battery negative, the clip pulled out of the box, adjust the temperature inside the box Sample surface temperature stable at 55 ± 2 ℃. Test the resistance value of the clip lead, the total resistance value is controlled below 0.1Ω, and then the positive and negative clip wires are connected together to short the measured sample. At this point the battery surface temperature will rise, after a certain period of time the temperature will fall, short circuit time until the battery temperature back to 55 ± 2 ℃ after 1h, and observe 6h. The following are the same as the "
After the completion of the test requirements within 6h, no disintegration, damage, burning and other phenomena, and the battery surface temperature should be ≤ 170 ℃. The following are the same as the "

6, impact test
Will be connected to the thermocouple on the sample to be placed on a flat surface, the diameter of 15.8mm rigid bar vertically placed in the middle of the battery, 9.1kg heavy hammer from 61 ± 2.5cm high free fall, hit on the stick, real-time Monitor the battery surface temperature and observe the 6h. With 10 samples, each specimen was subjected to only one impact. The following are the same as the "
Test requirements within 6h, no disintegration, burning and other phenomena, and the battery surface temperature should be ≤ 170 ℃. The following are the same as the "

7, overcharge test
In order to evaluate the ability of the rechargeable battery pack to withstand the overcharging condition, the charging current is set to twice the maximum continuous charging current specified by the manufacturer, and the charging cut-off voltage is divided into two cases:
(1) If the charging voltage is less than or equal to 18 V, the charge cutoff voltage is set to twice the maximum charge voltage of 2 times or 22V;
(2) If the charging voltage> 18V, then set the charge cut-off voltage for the maximum charge voltage of 1.2 times. Note that the positive and negative can not be reversed, and should be added to the explosion-proof net cover, the battery pack over 24h, after the test, 7 days should be no disintegration and burning phenomenon. The same time as the above-

9,1.2m drop test
If the lithium battery is not installed in the equipment, and each package contains more than 24 battery cells or 12 batteries, it is required to pass this test. In the cement floor, shop a 18 ~ 20mm thick hardwood, at room temperature 20 ± 5 ℃ conditions, the package from the 1.2m height on the free fall to the board, from the package up and down, left and right, before and after the six directions , One drop in each direction. Requiring the battery without leakage, disintegration, burning, explosion, damage and so on.