[Heavy message] Bluetooth 5.0 came, how it will affect the smart home market

Bluetooth 5.0 is the Bluetooth technology group (Bluetooth Special Interest Group) in June 16, 2016 issued a new generation of Bluetooth standards. The new standard will be a comprehensive upgrade than Bluetooth 4.2, whether it is communication speed, communication distance or communication capacity has greatly improved. 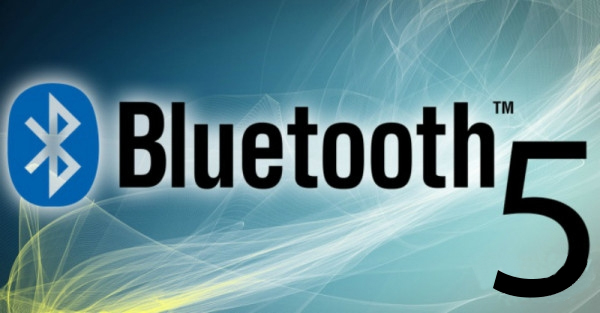 In fact, the release of Bluetooth 5 for our impact no less than 5G standard release, because in our daily life, Bluetooth technology has been everywhere, mobile phones, headphones, smart watches, smart bracelets, smart lamps, smart rice cookers, etc. Too many intelligent hardware devices are actually using Bluetooth transmission technology.

Over the past 20 years, Bluetooth technology in the standard has launched 10 versions, its technology and features gradually improved.

Bluetooth 1.0: access to the year COMDEX "best display technology award", then the first Bluetooth-based technology, notebook computers, hands-free car kit and other products have come out.

Bluetooth 1.1: transfer rate of about 748 to 810 kilobytes per second (kb / s), because the early design, easy to interfere with the frequency of the product and the impact of communication quality.

Bluetooth 2.0: Bluetooth 1.2 improved upgrade, the transfer rate of about 1.8 trillion to 2.1 trillion per second, began to support duplex mode, that is, while the voice communication, but also transfer files and high-quality pictures.

Bluetooth 2.1: The biggest improvement in this version is the need to continue to transmit data streaming device scanning interval from 0.1 seconds to 0.5 seconds, so lower power consumption, start faster.

Bluetooth 3.0: released in April 2009, Bluetooth 3.0 uses a new alternate RF technology, the transmission speed is Bluetooth 8 8 times, can be easily used for video recorders to high-definition TV, PC to PMP, UMPC to the printer between the information transmission.

Bluetooth 4.0: If the previous Bluetooth technology is an ordinary "feature phone", then the Bluetooth 4.0 is to open the "smart phone" era. Bluetooth 4.0 is Bluetooth from the birth of only a comprehensive agreement specification, put forward the "low power Bluetooth" "traditional Bluetooth" and "high speed Bluetooth" three modes. High-speed Bluetooth main data exchange and transmission; traditional Bluetooth is the information communication, equipment connection as the focus; low-power Bluetooth as the name suggests, do not take too much bandwidth to connect the main equipment. These three protocol specifications can also be combined with each other, in order to achieve a wider range of applications. At this point, Bluetooth 4.0 has increased the transmission distance to 100 meters or more.

Bluetooth 4.1: released in December 2013, Bluetooth 4.1 faster and more intelligent, not only reduces the time between the equipment to re-connect, support HTTP, transmission efficiency is also greatly improved, such as the user connected to a number of Wear equipment, the information between each other can be immediately sent to the receiving device.

Bluetooth 4.2: December 2014 promulgated to improve the data transmission speed and privacy protection, the device can be directly through the IPv6 and 6LoWPAN access to the Internet. Under the new standard, the Bluetooth signal wants to connect or track the user equipment must be user permission, and faster, two Bluetooth devices between the data transfer speed increased by 2.5 times.

Bluetooth 5: is expected to be released by the end of 2016 to early 2017, its low-power connection distance and speed will be increased by 4 times and 2 times, while the connectionless broadcast data transmission capacity will increase 8 times.

Bluetooth 5 major features of the seven

1, faster transmission speed
Bluetooth 5.0 developers said the new version of the Bluetooth transmission speed limit of 2Mbps, is twice before the 4.2LE version. Of course, you are in the real life is unlikely to reach this limit speed, but still can experience a significant speed increase.

3, navigation function
In addition, Bluetooth 5.0 will add more navigation capabilities, so the technology can be used as an indoor navigation beacon or similar positioning device, combined with wifi can achieve less than 1 meter accuracy of indoor positioning. For example, if you are the same as Xiao Bian is Luchi, you can use Bluetooth technology, in the big business center to find the way.

4, Internet of things function
Internet of things is still hot, therefore, Bluetooth 5.0 for the Internet for a lot of the bottom of the optimization, and strive to lower power consumption and higher performance for intelligent home services.

6, more transmission function
The new Bluetooth 5.0 can add more data transfer capabilities, hardware manufacturers can create a more complex Bluetooth connection system, such as Beacon or location services. So the advertising data sent through the Bluetooth device can send a small amount of information to the target device, even without matching.

7, lower power consumption
As we all know, Bluetooth is a must for smart phones, with intelligent devices and mobile payment more and more need to open the Bluetooth, in order to enjoy the convenience of gradually into the lives of people, the power of Bluetooth has become a smart phone standby time A big killer. For this Bluetooth 5.0 will greatly reduce the power consumption of Bluetooth, so that people in the process of using Bluetooth no longer have to worry about the short standby time.

How to affect the development of smart home

The development of mobile technology continues to provide strong technical support to the smart home industry, including 5G technology, Bluetooth 5, the next generation of wifi standards have a clear commercial timetable, smart home technology bottlenecks have been slowly breakthrough.

We all know that the mainstream smart home transmission technology which is not Bluetooth, it is because of its own characteristics of the decision, and since the previous version of Bluetooth, already has some special networking features, and Bluetooth 5 will these features on The center position. In this way, the smart home transmission technology battle will go into the white-hot, farther the distance of action will certainly be able to improve its use in smart homes, and stronger delivery capacity means that it can be some complicated smart home instructions that will further improve His competitiveness.

Bluetooth 5 can also transmit the data will be richer, more intelligent, it will join the positioning and navigation function, so that you do not need to install the application, do not need to establish a connection can receive the Bluetooth beacon sent to the specified location information In this way, the indoor positioning in the near future can be achieved.

Bluetooth 5.0 for the Internet for a lot of the bottom of the optimization, and strive to lower power consumption and higher performance for the smart home service. Once you can achieve accurate indoor positioning, smart home like a duck like a water to obtain a strong technical support, directly and indirectly derived a variety of smart home new features, because your device can be informed through the Bluetooth to the owner's indoor location, which Will certainly spawn a lot of smart home new play. For example, when you walk from the bedroom to the living room, your bedroom lights automatically closed, living room TV, audio and video equipment, curtains, background music automatically enter the standby state, only to your order, they can quickly switch to entertainment video mode Scenes.

On the other hand, Bluetooth 5.0 will increase the communication distance to four times the original, which will enable it to snatch Wi-Fi in the smart home market share.

In the field of wearable, Bluetooth is already the most widely used technical standard. Bluetooth technology is low power consumption, faster transmission, so in the field of consumer networking success, but if you look into the entire Internet of things market, engineers still have a lot of options, no one can predict which technical standards can be in this Constantly changing the market dominate the world.

So now many products have to support a variety of connection standards to adapt to more application environments, such as the sale of Nest smart thermostat to support three ways to communicate: Wi-Fi, Zigbee and Bluetooth.

Bluetooth 5.0 will increase the communication distance to four times the original. This means that BLE technology can finally be used in the smart home inside, and users can control the home through the BLE intelligent products, from intelligent light bulbs to smart locks, and now a smart device can be used to connect BLE. Compared to the huge power consumption of WiFi technology, BLE smart home for the advantages of the product is very obvious.

Growing communication distances is also good news for BLE's other applications, whether it's a bluetooth mouse or a mouse that can be worn, so that users can no longer worry about falling away because of the distance, which is especially important for Bluetooth headsets.


Finally worth mentioning is that the Bluetooth 5 turned out is likely to change the home appliance transmission pattern.

Before the Bluetooth technology in the transmission distance, penetration, stability, energy consumption weaknesses have been resolved, I believe that the popularity of Bluetooth transmission will be a major trend in the future.

At present, the vast majority of ordinary household appliances still use infrared transmission, the most common is the home of a variety of remote control, air conditioning, television, security photography, and so are all using infrared transmission. It is early into the tens of thousands of households, but because of the continuous improvement of intelligent life requirements, infrared technology has been unable to meet people's needs, it is the transmission distance, transmission angle has a great limit. Worse, his anti-jamming is relatively poor, poor transmission stability, the use of experience in general.

"At present, as many as 8.2 billion Bluetooth products are being used in the world, and Bluetooth 5's performance improvement and future Bluetooth development planning gives us reason to believe that by 2020, more than three," said Mark Powell, executive director of the Bluetooth Technology Alliance. One of the networking devices will use Bluetooth technology, and Bluetooth's driving force and innovation will ensure that it is the best choice for all developers to create an Internet of Things solution. "
According to Patric Connolly, principal analyst at research firm ABI Research, Bluetooth-based Beacon shipments are expected to exceed 371 million by 2020. With eight times the broadcast data transfer, Bluetooth 5 will further advance the application and deployment of Beacon and location services in smart home, business and industrial markets.
Bluetooth 5 release is revolutionary, although it is not as popular as 5G technology, not everyone is concerned about it, but its technical iteration has a profound impact on the smart home industry development direction and can reach Intelligent degree.