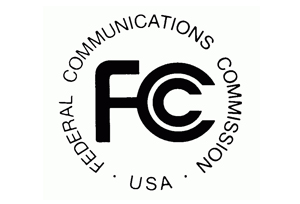 According to the new Decree (FCC14-208), which came into effect by the Federal Communications Commission (FCC) in 2015, the FCC will change the licensing system and accreditation requirements for radio equipment testing laboratories since July 13, 2016, and will no longer accept Laboratory applications for countries that have not signed a mutual recognition agreement with the United States (MRA). According to the new regulations, more than 170 laboratories in China will be canceled FCC testing qualification, export to the United States of radio equipment certification will not be carried out in the domestic laboratory. Which will undoubtedly increase the domestic radio transmission equipment export time and economic costs. Despite the positive follow-up of the relevant departments, the FCC has extended the new regulatory transition period of 1 year, but to fundamentally solve the problem, there are more work to do.


Event origin: certification of the new regulations affect the major

FCC is the United States radio transmission equipment regulatory agencies, all radio transmission equipment before entering the US market should be FCC certification. At the same time, some South America, Latin American countries and regions to recognize the FCC certificate, the export of these devices should also be FCC certification. FCC designated telecommunications certification body (TCB) to carry out the corresponding certification work, while the corresponding work to carry out the laboratory is divided into two categories: authorized laboratory (Accredited-lab) and 2.948 laboratory (2.948-listedlab). The authorized laboratory is accredited by an accreditation body designated by the FCC Engineering Technology Office (OET). At present, labs in countries or regions (MRA countries) that are located in the United States or with the United States to sign a multilateral mutual recognition agreement (MRA) may apply. The application conditions are more stringent and need to be reviewed every two years. 2.948 The lab is qualified in a way that meets the requirements of Section 2.948 of the US Telecommunications Regulations (CFR47) by requiring only the relevant information to be 2.948 laboratories. At present, the domestic domestic laboratories are authorized by the 2.948 laboratory procedures.

The new Act (FCC 14-208) issued by the FCC on December 30, 2014 stipulates that the radio transmission equipment certification is fully handed over to the TCB and the certification standards and processes are adjusted. One of the key changes is that the FCC only retains authorized laboratories and canceled 2.948 labs.

The new decree came into effect on July 13, 2015, after which the FCC no longer accepts the new 2.948 lab application. During the one-year transition period after the entry into force of the new Act, the existing laboratory is still available for testing at 2.948; the FCC will no longer accept the test report of the laboratory at 2.948 after the 15-month transition period.

As the Chinese and American governments in the field of radio equipment has not signed a mutual recognition agreement, at present, China's domestic laboratories are through the 2.948 laboratory accreditation form FCC certification laboratory qualification. This means that after July 13, 2016, mainland China exports to the United States and some South America, Latin America recognized FCC certification of countries and regions of the radio transmission equipment need to be sent to the outside FCC authorized laboratories for testing. This will add about $ 30 billion to the cost of wireless communications communications products to US exports. At the same time, only more than 170 Chinese mainland China 2.948 laboratory will be canceled FCC testing qualification, and may only because of geographical restrictions can not get FCC authorization. The resulting business stagnation and loss of customers will cause significant damage to its interests, the size of about billions of dollars.

Although the relevant departments through a variety of bilateral cooperation and exchange mechanism makes the US FCC certification of the new regulations were delayed implementation, to some extent to safeguard the interests of China's export enterprises and testing organizations, but in view of the US FCC only the new regulation of the transition period of 1 year , To completely solve the industry enterprises to worry about, we also need to urgently in the situation, continue to do the relevant response to work:

First, continue to follow the US policy trends.
Closely follow the FCC certification of the new regulations related to the continuous collection of information, analysis, research work, focusing on the upcoming implementation of the major technical requirements and timely release of risk warning, study the latest FCC regulations, do business training and training to ensure that enterprises can Accurately grasp the relevant requirements.

Second, continue to promote the signing of the US MRA matters.
Relevant departments to work together to deepen the study and the United States signed MRA feasibility, specific ways and content design, in the process of possible challenges and the United States may put forward the interests of the request, ahead of the plan to respond to the policy.

Third, continue to US FCC certification of new regulations to carry out consultations and lobbying work.
Signing MRA is a complex job with a certain degree of uncertainty that may take a long time. In this case, on the one hand, the relevant departments to use the WTO / TBT platform and the Sino-US Joint Commission on Commerce and other working mechanism for the United States, continue to strengthen bilateral negotiations on bilateral negotiations. On the other hand, the relevant business associations should give full play to their unique role, on behalf of enterprises to actively carry out lobbying and communication work, and strive to be in China or the United States has not or can not sign MRA before, especially in the new regulations before the entry into force, Request, to assist qualified domestic auditors and laboratories to obtain FCC authorization and approval, or to extend the transition period again for domestic accredited laboratories to re-apply for approval.